No matter whether main course or side dish for grilled meat: Potatoes are perfect for outdoor cooking in a variety of ways. The cast-iron Potato Cooker prepares potatoes and vegetables directly in the embers. With a capacity of 1.8 litres, it holds up to three fist-size potatoes.

No matter whether main course or side dish for grilled meat: Potatoes are perfect for outdoor cooking in a variety of ways. The cast-iron Potato Cooker prepares potatoes and vegetables directly in the embers. With a capacity of 1.8 litres it holds up to three fist size potatoes.

The special form made of cast iron completely encases its content. Thanks to the round design and the excellent material properties of cast iron, the heat distributes evenly around the content. This ensures an ideal cooking experience without the food dehydrating. In addition, the potatoes adopt the characteristic roasting flavours from the embers and deliver a powerful taste sensation. Also, with other food, such as beef fillet, chicken breast, sweet potato wedges, stuffed bell peppers or zucchini, nothing stands in the way of outdoor kitchen diversity.

The specially developed tilting bolt eases working at the fire: By means of a Lid Lifter hooked onto the upper eyelet the Potato Cooker can be easily relocated or uplifted. Meanwhile, the lower end of the tilting bolt firmly locks together the two cooker halves and ensures that none of the content can drop out. When placing the Lid Lifter on the lower eyelet of the tilting bar the cast-iron form is opened without risking burns on fingers or hands.

Firm support on any surface

Thanks to the raised edge embers and co. can be easily placed on top of the lid and the top heat is well used. The all-round bar at the bottom of the cooker provides for an even and secure placing. That way, the cast-iron special form can be used in embers, on the grilling grate as well as in the oven at home. The bar protrudes onto the back of the form, ensuring tilt-proof opening of the Potato Cooker.

Petromax are a Germany company with over 100 years experience, producing some of the best Dutch ovens and cast skillets available. Passion: They love what we do. The experiences that are shared with them (via social media and emails) are their motivation. They want to keep developing Petromax in order to share with their clients, partners and friends that they most care about. Quality: It is PetroMax's philosophy to combine tradition and innovation. They rely on tried and tested sturdy materials to meet the customers quality standards as well as their own through innovative combinations. For them, this is what is important for all their develop: A product is a good one only when it is resistant, robust and durable. Tradition: Passing on what is good: That is what Max Graetz has done successfully with its creation of the worldwide known high-pressure lamp. Petromax has made a name for itself with a tradition of more than 100 years. 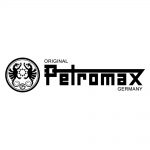