Wild Camping: exploring and sleeping in the wilds of the UK and Ireland by Stephen Neale

Wild Camping: exploring and sleeping in the wilds of the UK and Ireland by Stephen Neale

There seem to be so many different interpretations of wild camping these days. For some it’s campervanning and staying the night wherever is convenient to stop. Others seem happy to park their car and pitch the tent close by and consider that wild camping. The common denominator appears to be not staying in an official campsite.

It was therefore very refreshing to come across Wild Camping by Stephen Neale. His book covers what I, and many others, regard as true wild camping. It really is about getting off the beaten track and out into the wilderness, generally by hiking and carrying your kit with you!

Neale tells us ‘Abandon your car, abandon your fear’ and ‘walk under the stars… far from any road or building (and) lie down and sleep. It will change your life forever.’ I’m already a believer in that but is his book any good? Well, it’s actually a second edition, so may be familiar to some already, but includes a new chapter focussing on the England Coast Path.

In this book, Stephen Neale clears up some of the fug associated with the legalities of wild camping. He has obviously done plenty of in-depth research and shares his knowledge with us. Neale is very much an ambassador of public free access to the countryside and the right to wild camp. It’s easy to imagine him having been a part of the Kinder Trespass! From pre Norman Conquest and its resultant land grab to modern-day, Neale covers the relevant laws. The Magna Carta, the Vagrancy Act 1935, the CRoW Act 2000, amongst others, have all had an impact.

He also explains the different attitudes of organisations such as the Canal & River Trust, the National Parks Authority and the National Trust. The great thing is that we can wild camp and not just in Scotland where it’s enshrined in law. The book covers what you need to know or what you need to do.

The second part of the book is the real nitty-gritty. 100 wild camping locations are described. Each one is linked to at least one trail, such as a river, bridleway or drover’s road. They are grouped into geographical sections eg Wales, Ireland, Central England. Individual locations are categorised into one of four zones: Wild, Foreshore, ‘Middle Earth’ or The Mountains. Different legislation applies to each zone for wild camping. For instance, all of Scotland is ‘Wild’ because of the Land Reform Act (Scotland) 2003.

Fortunately, Neale does not state grid references to camp at. Each site is really a rough area that has numerous suitable locations. The River Shannon, the South Devon Rias or the Brecon Beacons give an idea. It is up to the wild camper to do what he or she does best and find somewhere to pitch for the night. There would be nothing worse than every person who has read the book to turn up at the same point.

At the beginning of each titled geographical section is a map showing the different places, all identified by a unique number. This is linked to a contents page showing the unique number, its name and page number. It’s very simple to use. All this information is superimposed on a double-page spread of a relevant scenic photograph.

When it comes to each of the locations, a nice description is always included. As the author has actually wild camped in every place mentioned there are often personal reflections included. He talks of walking with the ghost of Dorothy along the autumnal ‘yellow brick road’ of the Leeds and Liverpool Canal. Sometimes there’s a link to history, for instance, the reason why Offa’s Dyke was constructed. I particularly liked the description of Hadrian’s Wall as a ‘monstrous piece of vandalism’. He includes numerous other points of interest such as the inspiration of The Malverns on Tolkien or George Orwell writing 1984 on Jura. As you’d expect, though, there are numerous links to nature. Every location is written about in an interesting and attractive way.

A common thread on every location description is a link to an identifiable trail. This could be the Caledonian Canal, the South West Coast Path, the Tans-Pennine Trail or the Slieve Bloom Way or one of many others. There’s also a ‘note’ giving practical info and travel advice which could be of great help in planning.

In addition to all this, the book is interspersed with “How To Wild’ chapters. These include the likes of ‘walk, cycle, canoe’, ‘maps’, ‘survival’ and ‘gear’. These are great little guides which help the wild camper to make an adventure more successful. It could be as simple as including a tick picker in your kit or selecting the most appropriate map. Alternatively, it could be about food procurement foraging the local area.

To sum up, the book is very well. laid out and includes some great location photographs. It’s a great reference book so you don’t need to read it all at once. Choose an area that you fancy visiting. Check out the map and read up on the locations you consider venturing to. It’s a really interesting read and Neale’s passion for wild camping really shines through. He stirs up the passion for getting out into the boonies and wild camping. All there is to do now is decide where to go, pack your kit and head into the wilderness!

His collective fictional and non-fictional works on the nature, landscape and histories of Essex received multiple awards, including the Outdoor Writers and Photographers Guild Prize for Digital Production of the Year (2016).

Neale is also a commercial drone operator and former lecturer in journalism at the University of Essex and South Essex College. He has worked previously as a BBC journalist, and as a freelance writer for the Chinese state news agency Xinhua.

Here at Wood To Water we have a great range of books including Wild Camping, Bush Craft, Cooking Outside and so much more. Its never to late to learn a new skill! 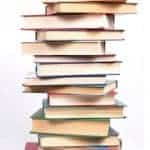