Hunters and lovers of all things Camo — rejoice! New Camo Lock Laces® for Boots are 72” long and extremely durable, fitting all lace-up boots from low-cut hiking boots to military boots. One-size-fits-all for kids and adults. Each pair of our shoelace alternative camo designed Lock Laces® contains 2 72” elastic laces, 2 lock devices and 2 cord clips and is suitable for lacing up one pair of boots or shoes.

Lock Laces® were born in 1997, when Eric Jackson, a track athlete, became frustrated with his shoelaces coming untied during races and decided to come up with a solution. One day, Eric went home after practice and fashioned the first pair of Lock Laces® out of two bungee cords and a two cord locks. When his friends kept asking him to make them a pair, he knew that his solution had retail potential. The next year, Eric filed for and obtained a patent, set up shop, and began selling Lock Laces®. In the beginning, he ran his company, Street Smart LLC, from his mother’s basement in Baltimore, MD. In 2011, Eric partnered with Frank Sutton and Positive Distribution LLC, and together they grew Lock Laces® into an international brand. Today, Frank and the team at Positive Distribution LLC are working hard to get Lock Laces® into the shoes of everyone that needs them! 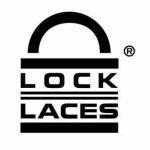 What makes camping books such an essential read?