Blog provided by 3f UL Gear apologies for any Chinglish and poor translation. We will aim to redo this in our own words in the future.

Many people asked me whether seam-seal the Lanshan tent with silicone glue is a must. My answer is that it depends on the situation. If you buy a non-PRO version, you don’t need to apply glue, because it has been taped in the factory and has the high-performance waterproof ability. If you buy the PRO version which is made by 2 side silicone coated Nylon, Congratulations, you will get a new skill!

This method works for any silicone ultralight tent. Not limited to Lanshan tent.

You can find something like a syringe in the package go from the Lanshan Pro, which is the best gluing tool for ordinary people we can find. Although it does not necessarily have the simplest operation, but the result must be the nicest looking.

This is a reliable glue. Although it doesn’t dry fast, it’s easy to buy. If you have a better choice, please tell us and we will recommend it to other hikers.

In this official instruction of glue, the way they apply glue is to use a small brush to smear the seam, which is also done by most people, but we do not recommend this method because it is very difficult to operate, in the end your beautiful tent will become like this: 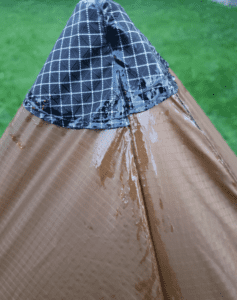 believe it will ruin your good mood all day and curse our tent.

Our suggestion is to use the syringe we sent with the tent. The specific operation method is shown in the video below:

Sorry its chinese! but you will get the drift. English Version just below.

First of all, you should set up the tent in your backyard. It must be full pitched and tighten.

After that, squeeze the glue into the syringe. According to experience, if your handicraft is good, half a tube of glue is enough. We don’t recommend applying a lot of glue, because it will increase the tent weight.

Before sealing, firstly is to make sure where need sealing. The positions that must be sealing marked with red, the optional sealing area marked with yellow, and the area that no need seam sealing showing as black. We do not recommend seal all seams, because that will increase the weight. 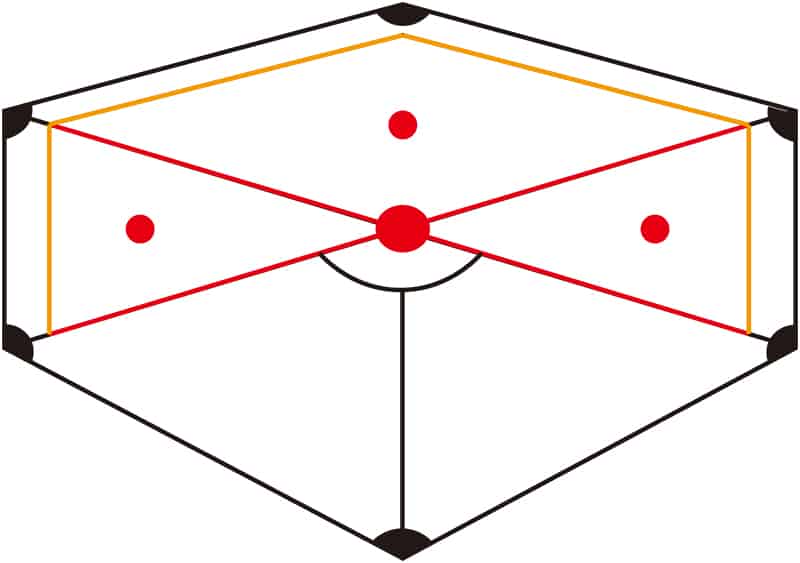 The operation can be carried out from top to bottom. Hold the syringe in one hand, the other hand hold waist for stability. Apply the glue evenly along the seam. In the black UHMWPE patch area, apply it with your fingers after coating to form a thin layer of glue. Remember wipe your finger with papers after that.

If you are a DIYer, it not a big thing! If not, this DIY experience will open up a new world for you.

After all seams are sealed, don’t hurry to package the tent. According to the performance of different glue, you need to let it dry for 1-12 hours.

In conclusion, If you feel that you are not good at DIY or a perfectionist, you can choose to seal only the red area, so that Lanshan Pro can also withstand in the storm.

Finally, if you have a better seam sealing method, please tell us to benefit more people. 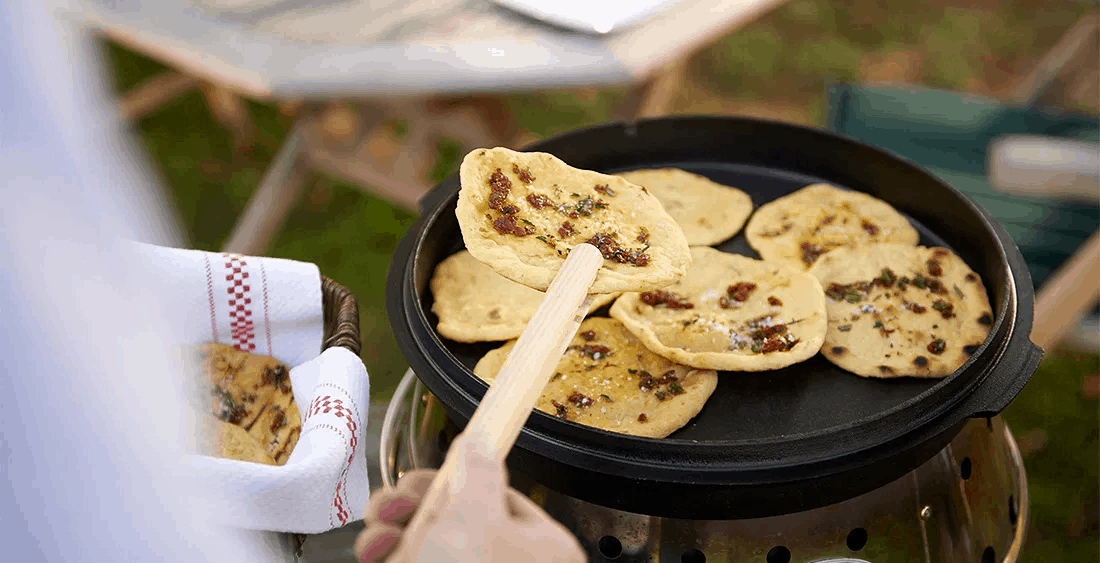 Durable, versatile, and very much in vogue. Cast iron cookware can sometimes appear a little bit intimidating to some – its weight alone can scare off some suitors – but there’s a clear reason why kitchens worldwide prefer to cook with cast iron as opposed to steel.

The creation of cast iron cooking products is wholly unique and leaves users with a rich and strong product that can perform its duties again and again over extremely long periods of time.

Notably, the versatility of cast iron products is still largely unrecognised. When it comes to cooking, cast iron is often solely associated with the searing of steaks. While the thermal density of cast iron is capable of keeping it hotter all over for longer – making it perfect for steaks – its potential extends way beyond the world of red meats:

Dutch Ovens have become synonymous with cast iron cooking over time. Consisting of a deep pot made from cast iron, Dutch Ovens are excellent for cooking food while on-the-go or camping. PetroMax cast iron Dutch Ovens have been lovingly crafted with a pre-seasoned finish for immediate use – so if you’re looking to go camping, you can simply pack your oven up and take it with you.

Cast iron cooking isn’t just limited Dutch Ovens, and plenty of products, from pans to skillets and bakeware, can be crafted from the material for great results.

Weighing Up The Advantages of Cast Iron Cookware

We’ve already looked at the excellent durability of cast iron Dutch Ovens and cookware, but cast products carry a wide range of benefits that have ultimately led them to become the favoured choice of cookware around the world.

Firstly, if well seasoned, cast iron cookware can be easier to clean than their steel counterparts. Their greater thermal density also ensures that the metal becomes comprehensively hotter for longer.

Significantly, cooking in cast iron can add valuable iron into your mealtimes. Cast iron also comes as cheaper to buy than enamelled cast iron but maintains a significantly high level of quality.

Contrary to what some believe, cast iron cookware is much more versatile than simply products to aid the cooking of steaks and red meat – with a variety of bakeware and griddles available.

The Cons of Cast Iron

While there are certainly plenty of advantages associated with embracing cast iron products in the kitchen, there are some disadvantages to be aware of. Due to its density, cast iron can take longer to heat up than stainless steel. It’s also notably heavier to operate.

Bare cast iron products may also need re-seasoning before use and might not be effective for boiling water or cooking with acidic food.

Ultimately, cast iron cooking products have operated as an industry standard for generations of restaurant owners. Today high quality cast iron goods are more accessible than ever, and companies like PetroMax are striving to supply cost-effective high-quality cast iron cookware to more budding chefs both outside of restaurants and homes altogether – with highly effecting and great quality camping and outdoor-ready Dutch Ovens, skillets and grills.